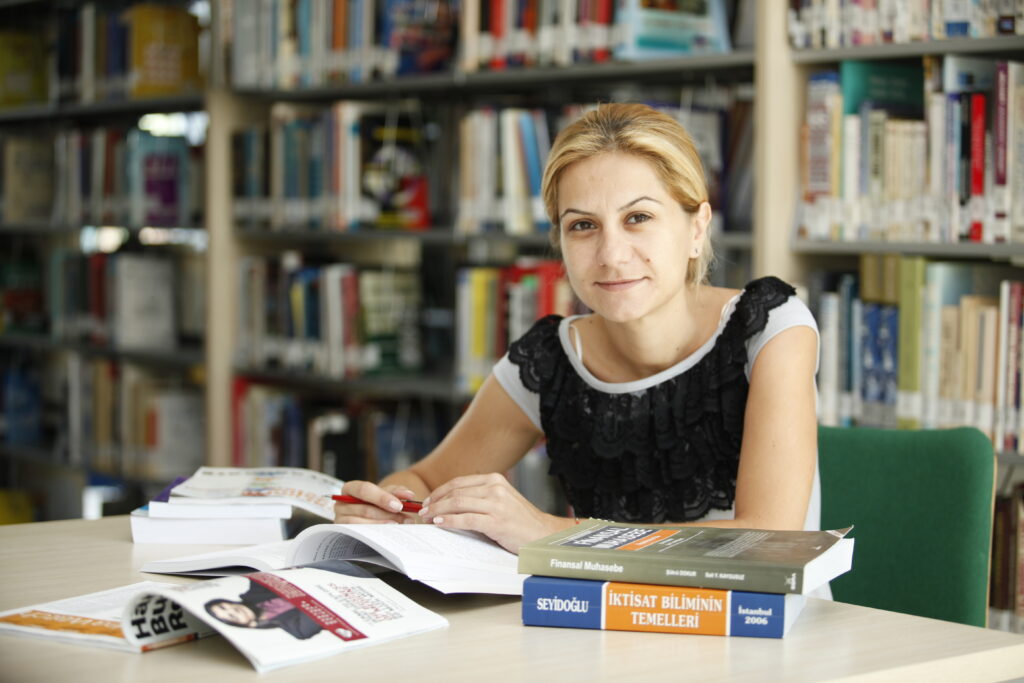 Meltem İNCE YENİLMEZ is an Professor at the Department of Economics, Izmir Demokrasi University, Turkey. In addition, she is Visiting Associate Professor at Graduate School of Economics and Management, Tohoku University, Japan. In addition to her academic positions, Meltem’s career includes work in the impact of various forces of economics and social change in the constitution of gender relations and women’s empowerment. Her expertise encompasses cyclical patterns of female employment, wage differentials to discrimination, and employment patterns in developing countries as well as issues related to gender and development. Aside from the two books she has published, her work also includes women in sports, occupational segregation and gender wage gap. She is now working on population aging and its effect on economy, cyberfeminizm, health care and expenditures.

Turkey has experienced growth in both the population and the workforce. However, female participation in the workforce in Turkey is extremely low, largely due to financial dependency and lack of higher education. The authors argue that greater research is needed to improve the economic position of women throughout the country, and this remains a challenge that must be fixed both culturally and socioeconomically.

The book explores the significant gap between policy advancements, actual practices, and the impact of regional variety in the cultural structure. The authors suggest that this in turn has affected Turkey’s ability to implement changes and reform. Reform must allow women to pursue changes that will give them greater financial flexibility and freedom within the country. The authors demonstrate the concept and framework for women’s empowerment and explore the need for this. This book seeks to discuss the approaches and strategies for empowering women by outlining the strategies, policies and tools that women are using for their empowerment focusing on Turkey while comparing with other countries worldwide. It also brings several issues to the forefront such as equality treatment, political participation, social issues, the gender pay gap, the glass ceiling and gender (in)equality, the migration effect and education.

Offering a multi-disciplinary exploration of the relationship and connection between employment, national policies, migration economies, entrepreneurialism and gender in present Turkey, this book is an invaluable contribution to the existing literature surrounding Turkish gender studies and will be of interest to both scholars and experts in the field. 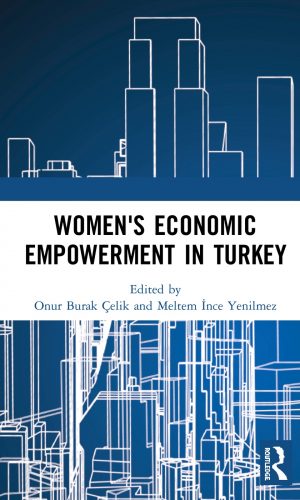 The need for the creation of an enabling political, legal and economic environment for women within Turkey is rising. A growing concern is shown at the ethnic divisions and local discrimination against women, which have spilled over into the labor market. This book lends a supporting voice to the economic and social empowerment of women globally, focusing on the real causes and the unpredictable nature of the ongoing conflicts surrounding the issue.

The authors bring to the forefront problems of development within various regions and the implementation of projects, which address the state of women, inequality and risks, that are inimical to their participation in the economy. Emphasis is laid on why women should be permitted access to the many opportunities in information technology and exchange, partnership growth and networking in this digital era. The oppressive policies of Turkey are scrutinized to unravel the dangers they pose to the corporate existence of women in the modern world. Furthermore, this book centers on the deliberation on regional politics and issues on gender and women’s empowerment in modern Turkey whilst comparing with other countries. The work sheds light on salient issues and possible remedies within target countries and the concerted efforts made to create a reliable structure to discuss gender conflicts.

Ample contributions from countries such as the US, Germany, Serbia, South Africa and United Kingdom are pivotal to comparing and examining the main debates. Addressing several global gender-related examples as well as Turkey’s national principles, this book encourages full involvement of women and girls in deciding the fate of their country.

This book serves as the rallying point of an array of informative and mind-expanding works of literature in regional studies, gender studies, migration economy, and area studies in countries like Turkey, USA, Serbia, UK, and India. Experts, students, and readers in the academic sphere may find this work educative and intellectually fulfilling. 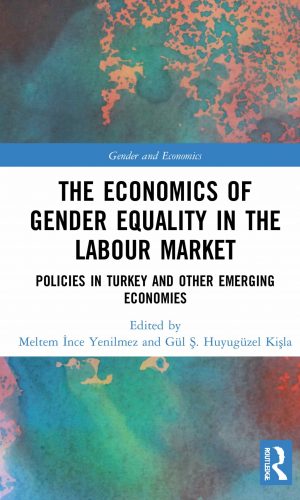 This book evaluates the global labour market in the context of gender equality, and the associated policies and regulations, particularly in developing markets, to recommend measures for encouraging gender equality. It exposes the barriers that women employees encounter as well as some of the societal and workplace policies they, specifically, are subject to. Important themes within this topic include participation rates, the looming gap in hourly pay, availability of part-time and full-time positions, value, and social status associated with jobs held by men and women.

The book examines how global gender policy objectives, such as gender equality in careers, gender balance in decision-making, and gender dimensions in research, can be incorporated into policy frameworks. The book analyzes the gendered nature of assumptions, processes and theories. The juxtaposition between family and work, tradition and modernity, and dependency and autonomy, clearly still seems to be misunderstood. Therefore, the book asks whether work improves women’s positions in society and/or changes their roles in their families. The authors explore and uncover the connections among employment, entrepreneurship, migration economies, and gender global labour markets and provide helpful solutions to the perceptions surrounding women’s status, risks, and inequality that limit their economic participation.

This insightful read provides comprehensive details on a variety of themes and encourages further research on policies that are key to promoting gender equality. The book will appeal to postgraduate students and researchers of labour and feminist economics, the economics of gender, women’s studies and sociology.

• Gender and The Labor Market 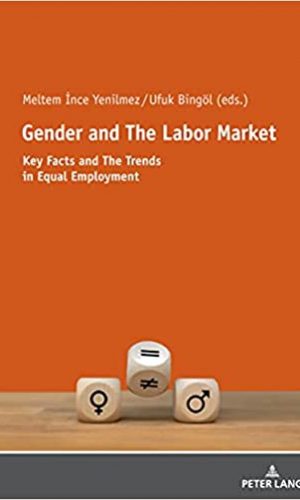 The woman’s role in society has often been undervalued and relegated to the background. Even though opportunities are increasingly made available for women in society, they are still at a great disadvantage. Years of thorough research have revealed how providing increased job opportunities in the labor market is vital for developing a republic’s economy. Of course, a country with very little participation of the female population in the labor market will have nothing but a stunted economic and social situation seeing that only half the population are actively contributing to its growth. In the light of the knowledge boom in this modern age, policies have to be made, and strategies are drawn to promote gender equality and provide as many opportunities for women as men in the labor market. This book focuses on the global labor market and how the present and future improvements of gender equality reflect upon it. It also contains the strategies and policies created to combat gender discrimination in the labor market to provide equal opportunities to everybody irrespective of the gender or ethnic affiliations. 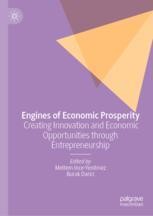 This book considers the extent to which innovation and entrepreneurship are engines of economic prosperity. It brings together theorists and empiricists from diverse backgrounds to provides a comprehensive overview of the field of entrepreneurship, focusing specifically on entrepreneurial developments within Turkey and the surrounding regions and Europe. It looks at innovation, creativity, economic development and women’s empowerment. This book considers the for-profit and the not-for-profit sectors, and examines outcome metrics such as change, sustainability and employment, in addition to economic value.  This book will inspire academics and students to better understand the origins, evolution and impact of new ideas, new organizations, and new industries, and the impact on the economy.

This book offers an excellent foundation for investigating and questioning current entrepreneurial practices across developed economies. It will also provide the foundations for researching and evaluating new and existing approaches to emerging technologies. Additionally, the book will offer useful insights into the real world, and will appeal to academics in economics and business as well as those studying entrepreneurship on the international scene.